Andreas Lugmayr has roots in Mexico. He goes back often, not only to soak up the sun and to enjoy the sea, but also to explore the country and its traditions, to meet the locals and taste their authentic recipes.

The Sal de Gusano, or agave worm salt, for example, is a traditional recipe from Oaxaca, a state in southern Mexico known for its indigenous cultures. It is made from sea salt, toasted and ground agave worms and dried chili.

In our hemisphere, insects are being explored just now as an alternative protein source, but in Mexico gusanos de maguey – maguey worms – have been used for a long time in the local cuisine. They have a salty flavor, a crispy consistency and add texture to a meal. 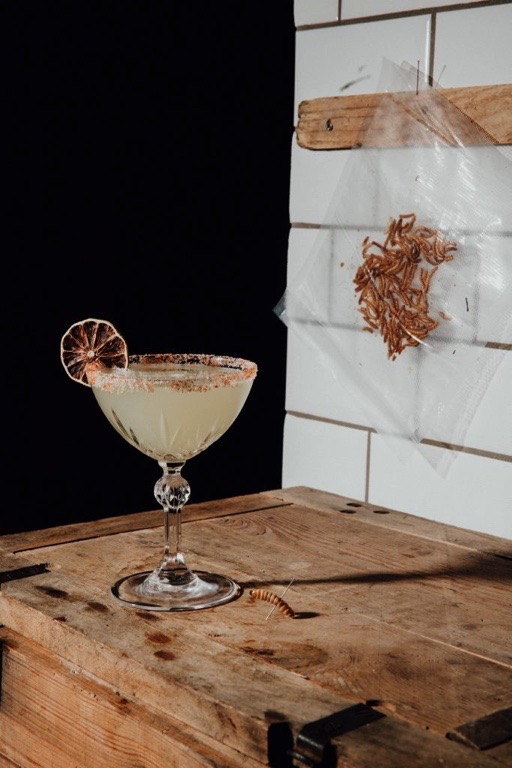 The “mezcal worm” has a longstanding tradition. In fact, only Mezcal includes a worm, real tequila does not!

Mezcal is Mexico’s most traditional agave spirit. The word mezcal means “oven-cooked agave”. Today, mezcal is still made from piña, the heart of the agave plant, in much the same way as it was 200 years ago: cooked inside earthen pits that are lined with lava rocks and filled with wood and charcoal before being distilled in clay pots.

Tequila, on the other hand, is produced by steaming the agave inside industrial ovens before it is distilled two or three times in copper pots. Tequila can be considered a type of Mezcal, but it is made only from a specific type of agave, the blue agave. And that’s the difference, if you ever wondered… 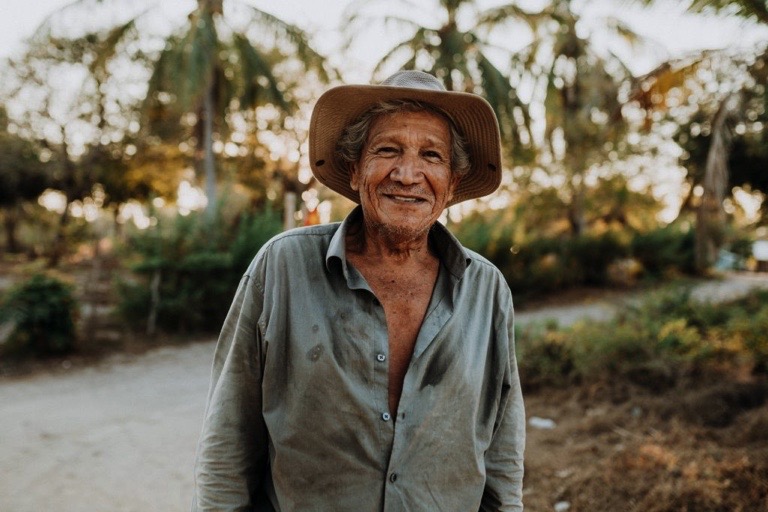 Andi’s Mezcal Margarita is very refreshing. Mezcal gives the drink a nice and smoky note, and Fernet Hunter, an Italian style bitter from Austria, adds a nice twist to it. His grandpa, who is a native of Mexico, would have definitely liked it!

Moisten the rim of the glass with lime and dip it in a plate with worm salt. Put all ingredients in a cocktail shaker and shake vigorously. Strain the mixture in the salted glass without ice. Serve and enjoy!